It's a large columned courtyard, surrounding the viridarium (garden) with natatio (pool), solarium, and a small wood in the middle of the peristyle that brings us the purest sense of the Roman garden.

The peristyle, as in ancient times, consists of two areas: One, in direct contact with the building. It belongs to the human domain, where the bushes are pruned and statues and fountains placed.

And the second, behind the first one and separated by a small wooden fence, is where lush nature was intended and maintained.

Here, aromatic plants, ornamentals and fruit trees form a welter of colours and shapes. They are not left to their fate and looked after in a different way. In this area, what is aimed is to "lure" the wood, to imitate nature and not to change or dominate it. 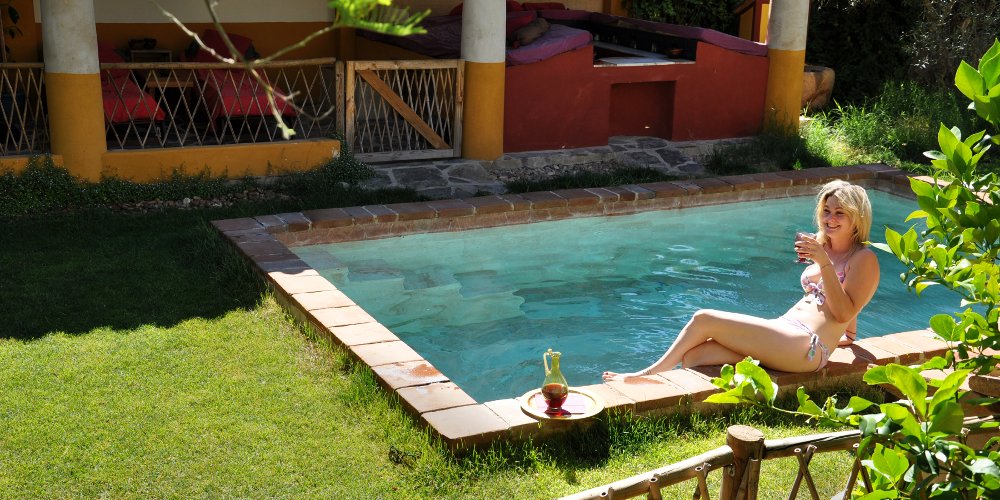 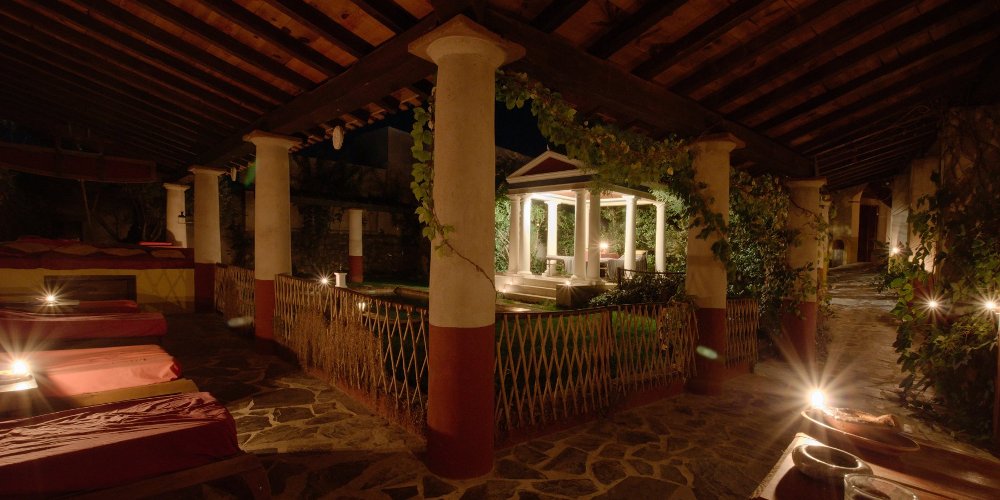 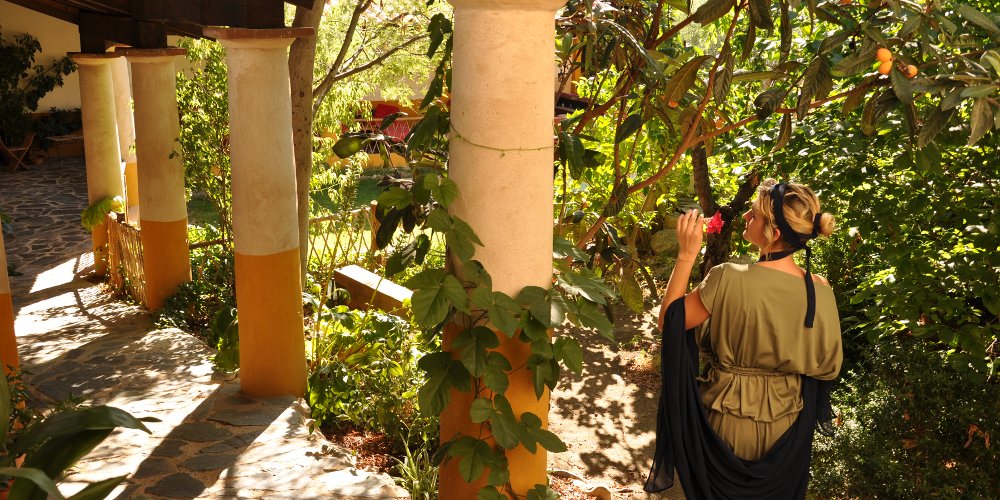 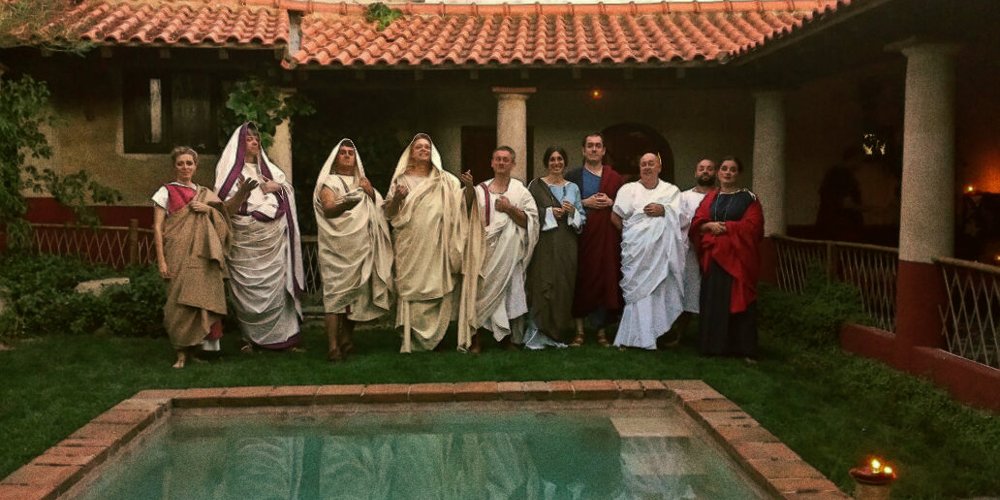 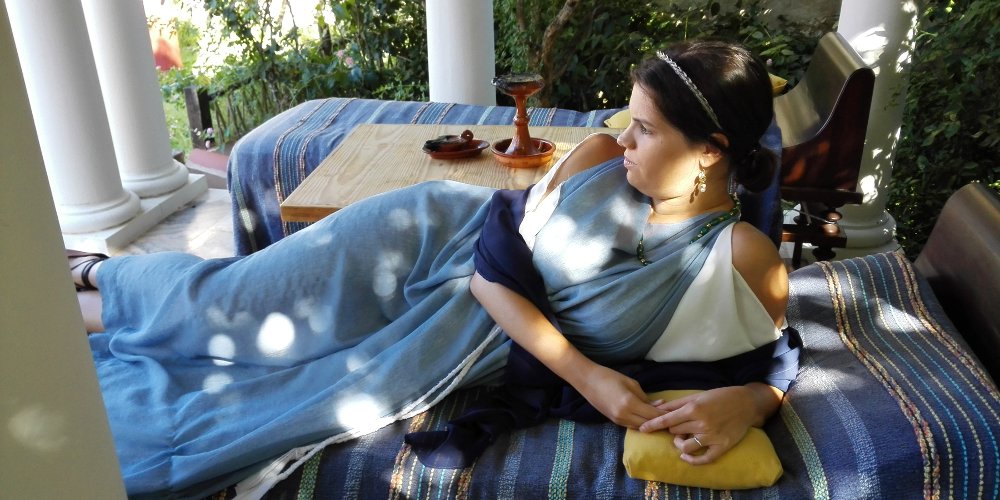 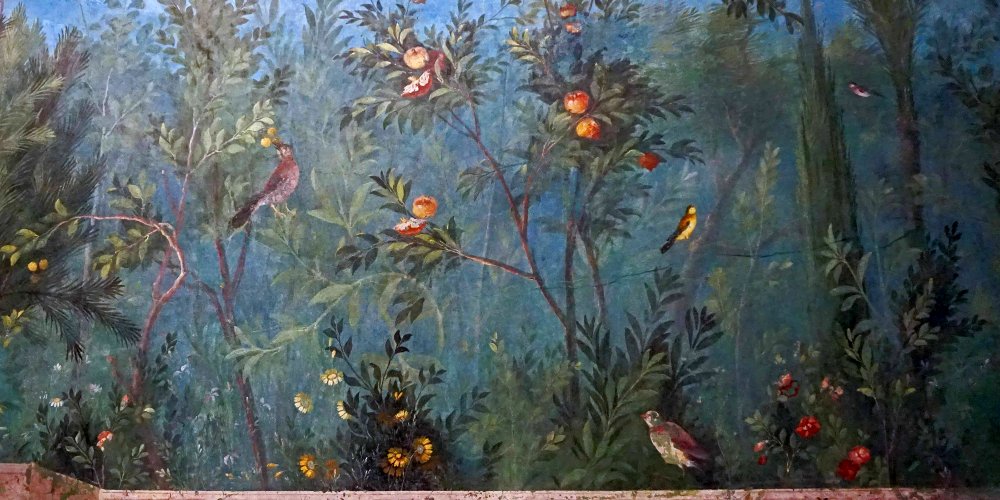 In Roman times it was inconceivable to have a garden without water sources, hence the Romans created several types of fountains which met three requirements:

The first to spread the freshness of the water. The second to create the music of running water, and the third to attract birdlife and birdsong.

In most paintings of fountains and gardens there appear birds, as these were considered an essential element in the beauty and richness of the garden.

Beauty and utility brought together.

There are always several places in the house to feel comfortable. In the dog days (the hottest summer days) you can have a massage in the atrium, a swim in the outdoor pool in the garden next to the peristyle, rest in the courtyard by the fountains or in your cool apartments behind 60 cm. thick walls or, if you take a bath in the thermae, when leaving you will perceive the outdoor temperature as pleasant because of the contrast. In the rooms, the atria, the thermae, the garden, the triclinium, or in the outdoor pool, you can live like a true Roman.